If only Bradley's arm was longer. Best photo ever. #oscars pic.twitter.com/C9U5NOtGap

Before the Ellen’s record breaking tweet Barack Obamas Famous tweet after winning the second round of presidency was the most retweeted tweet by more than 780000 retweets.

Lea Michele’s Tweet after death of her co-star and boy friend was the most Retweeted Tweet of 2013!

Thank you all for helping me through this time with your enormous love & support. Cory will forever be in my heart. pic.twitter.com/XVlZnh9vOc

Love and #Entrepreneurship by: @kamalravikant

Perhaps a good place to find people who are both sexy and successful is the Business Insider’s list of  top fifty sexiest alive CEOs 2012 by: Jennifer Polland and Melissa Stanger. Business Insider has selected sexiest CEOs, and by forking their list,  I’m going to unveil the list of sexiest CEOs who have chosen WordPress to publish their corporate websites and blogs.

From style to sports and from entertainment to media, many CEOs of multibillion-dollar companies have a common fashion of using WordPress as a winning online publishing platform. Some of them have even built their companies using WordPress from the very first day.

The following list is strong proof that WordPress is not only a platform for blogging or small business websites, but it is also a supreme canvas for creating enterprise level applications. Yet we shouldn’t forget the ROI of free WordPress in compare with its expensive and usually complicated substitutes.

A native New Yorker who spent her career at the forefront of fashion, Vera Wang began a sweeping makeover of the bridal industry in 1990 with the opening of her flagship salon at the Carlyle Hotel in New York City. Today, the salon continues to showcase collections known for sophisticated drama, feminine detailing and a modern approach to bridal design.  Website; Google Page Rank: 4  Alexa Rank: 82971

Huffington Post is one of the most successful websites, which has been built on WordPress. “In May 2005, she launched The Huffington Post, a news and blog site that quickly became one of the most widely-read, linked to, and frequently-cited media brands on the Internet. In 2012, the site won a Pulitzer Prize for national reporting.” (source) Website; Google Page Rank: 8 – Alexa Rank: 97

“With his thriving broadcasting career and multiple ventures, Ryan Seacrest is at the forefront of the media and entertainment industry. While hosting and producing multiple television and radio programs, building his Ryan Seacrest Productions (RSP) banner into a leading television production company and managing a myriad of brand and business ventures, Seacrest is redefining what it means to be a successful Hollywood entrepreneur.” (source) Website; Google Page Rank: 6 – Alexa Rank: 42340

Jason Kilar serves as the CEO of Hulu, an online TV service whose mission is to help people find and enjoy the world\’s premium content when, where and how they want it. Under Jason\’s leadership since the formative days of the venture in 2007, Hulu has grown to become a leading provider of premium online video with more than 410 professional content providers, 38 million unique monthly users and over 1,000 advertisers.(source) Website; Google Page Rank:6  – Alexa Rank:273

“A young entrepreneur, an industry pioneer, a highly regarded marketing expert, and a man who has surpassed new heights of commercial and financial success are just a few ways people have described Daymond John. Over the last 20 years, Daymond has evolved from one of the most successful fashion icons of his generation to one of the most sought after branding experts, business, and motivational speakers in the country.” (source) website; Google Page Rank4:  – Alexa Rank: 423506

“Shawn Corey Carter (born December 4, 1969), better known by his stage name Jay-Z, is an American rapper, record producer, entrepreneur, and occasional actor. He is one of the most financially successful hip-hop artists and entrepreneurs in America. In 2012, Forbes estimated Carter\’s net worth at nearly $500 million. He has sold approximately 50 million albums worldwide, while receiving seventeen Grammy Awards for his musical work, and numerous additional nominations.”(source) Website; Google Page Rank:5 – Alexa Rank:367789

“Desirée Glapion Rogers  is an American business executive who is the Chief Executive Officer of Johnson Publishing Company. In November 2008 she was selected by Barack Obama\’s office as the White House Social Secretary for the incoming administration, the first person of African American descent to serve in this function.”(source) Website; Google Page Rank:0 – Alexa Rank:1015743

Pete Cashmore (born 1985) has started as a teenage blogger, in few years he has turned Mashable.com into most recognized source of news about social media and  a Technorati Top 10 blog worldwide. He has progressive and liberal ideas, and his sharp  vision in online technology is  very sharp. Although recently mashable.com had a major reconstruction but Mashable has started and risen to the top by building on WordPress. Website – Google Page Rank:8 – Alexa Rank:328

* Please note the ranking level of top eleven CEOs is inherited from BusinessInsiders ranking. There are many more successful entrepreneurs, global brands, influential media and celebrities who have smartly chosen WordPress.

WordPress philosophy is based on the principals such  open-source, GPL and the crowed economy. The platform which is founded by Matt Mullenweg has become widely popular among a huge community of talented software developers and web designers. once considered as a blogging software, WordPress is now highly extended to power any web and mobile application. What really makes WordPress amazing is a fast growing and dynamic community of developers, designers and professional who share their knowledge and create innovative solutions in a global platform. Tens of thousands of WordPress free or premium plugins make WordPress to do any desirable function.

Yet when it comes to design and visual attractions nothing can beat exquisite WordPress Themes and Templates.

Galaxyfi.org is the official organizer of Women Entrepreneurship Global Award to help entrepreneur ladies with financial, educational and technical resources and to create the entrepreneurs from all the languages, countries, races or religion with best support via international networking & promote their businesses both locally and globally. 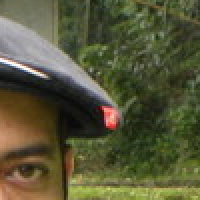